The man behind it all Yomi Ayeni who was simply known as DJ Yomi began his music career in a typically similar fashion of early proponents of the emerging UK dance music scenes. As a soul boy embracing the more dance -floor orientated disco-funk style of the music, moving on to electro and hip-hop, before becoming influenced by the emerging US house and garage scene of the late eighties championed at the time by his LWR peers Jazzy M, Jasper etc. 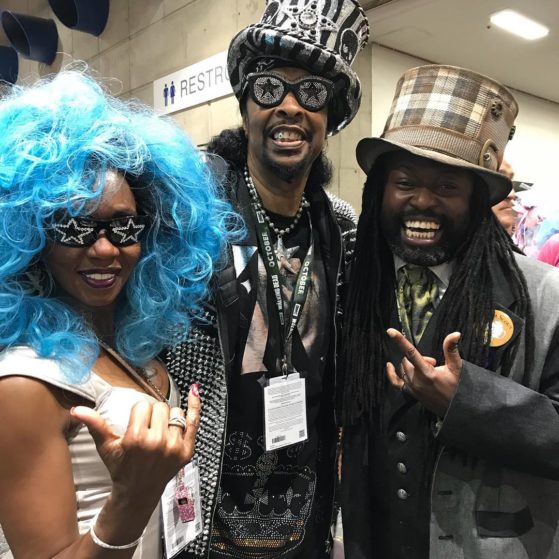 After the closure of LWR on new years  eve  1988.  Yomi  took  a  trip  out  to Ibiza in 1989, hanging out with Carl Cox and Nicky Holloway. He returned to London  inspired by what he experienced (along with many others who went on to champion new emerging UK dance scenes).  Producing a track called Thank God (with Alex Gold) and released it under the pseudonym of Morse Code on the record label he set up and called Tone Def originally for his own experimental productions in the early days. From the balearic beats inspired by his trip to Ibiza, to later on as a vehicle to release music he wanted to play, primarily drum n bass.

Hence Yomi went on to release tracks on his label under a number of other pseudonyms such as French Underground (with Darren Jay), SLM (acronym for South London Massive) and released music from other productions outfits such as Sound Corp. FX, Two Dreds inna Dub (with Steve Gurley – who went on to further success in House scene) all releases on the label did very well.

Hence Tone Def caught the attention of many big names within the scene who somewhat attempted to encourage Yomi to run it more as a business rather than a ‘boutique’ operation. However Yomi had other responsibilities that he needed to meet from outside interests, most notably working at the BBC (in the newsroom) and would not compromise his creative energies required to maintain the quality of his work by releasing more tracks or commit the extra time and investment required to develop the label. Hence after 5 years of critically acclaimed releases, Yomi closed the label.

Much like Ron Tom’s post LWR, ‘Metamorphosis’ drum n bass releases, all Yomi’s creative efforts have become sought-after collector’s items, often selling for hefty prices and a great testament of the creative spirit of a man who unbeknown to many, was a much valued member of the team behind the biggest black music station of all time,  LWR.   [Words: Jay James]