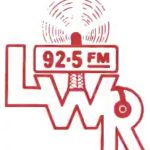 I may abandon Radio 4 anyway and tune in to LWR on 92.5 FM, instead, because it plays such terrific music. You don’t know LWR? Well of course you don’t, nor should you because it’s one of the dozen or more pirate stations operating around the capital these days.

He used to be an accountant but is now dedicated to keeping LWR on the air, which takes up more time than playing records, because it gets closed down so often.

When I saw him on Wednesday, the station had just been busted for the fourth time in 10 days.

Driving past the tabernacle itself, Broadcasting House, we tune in to some of the other London pirates: Fresh FM, Sky, Rock to Rock, RJR and a new one called Roots, for which Zak acts as consultant.

“We support each other, see” said Zak….. “We’re all trying to provide a service for the community which isn’t catered for by the legit.”…. I sympathise. Reggae happens to be my favourite music too, but you don’t hear a lot of it on the BBC.

Same with soul, garage, house, go-go, fuzzy m, jackbeat, funk and other variations of black music the pirates put out.

Zak regards black music as social therapy. ‘It keeps kids off the streets and out of trouble.’ he said.  [LWR Archives]