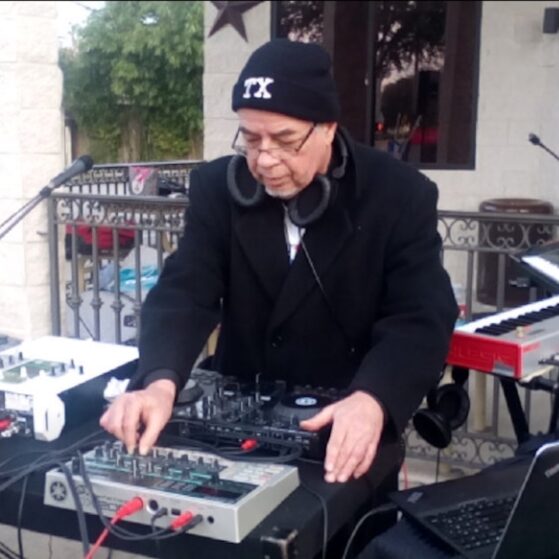 In 1972 Ray Ramirez entered his first Discotheque in Germany and has been hooked ever since. His career began in 1974 and has taken him to all 3 coasts LA, Palm Springs, Houston & Miami. His ear for picking hits has served Ray well to this day. Considered a triple threat, this MC/ DJ/ Musician, plays & produces Chill, Dub, Trap, Trip Hop, DnB, Techno, House, Trance, Mainroom and everything in between. Old School & New School Ray is armed with a variety of music that will make any party special. Master Mixer, Remixer & Mashups on the fly assures that every night is unique. Ray takes it a step further, in 1981 he incorporated sequencers, Synthesizers, Roland  808, 303 and an Arp Solis into the mix to create Techno & Electronic Hip Hop beats. Placing top 20’s on Beatport international DJ mixes using strictly his production says that Ray is on point. Ray Ramirez has charted #1 on ReverbNation in his major market. Ray Ramirez has a song deal with Ibiza Records but is always open for future collabortions.