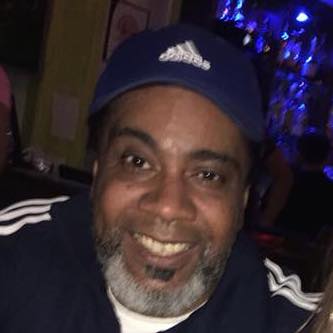 Born of Jamaican heritage, the youngest of 3 siblings, and a child of the Windrush generation, Paul Williams emerged!
His thoughts of playing music –  the first being a vinyl disc 45, was triggered by a single turntable stereo on a dressing table sideboard, which was the centrepiece at family gatherings and celebrations at home; his family encouraged him to play at the age of 7 or 8.
Watching his elder relatives and friends celebrate began his love with music. His first ever record that was purchased was a 45, Micheal Jackson’s “Rock with you,” at the age of 12.
Paul’s official induction to the music scene at the age of 17 was in a record shop, in Granville Arcade, Coldharbour Lane, Brixton, SW9, otherwise known as Nasty Records, and laid the groundwork to becoming more professional in his endeavours.
Soon after Paul was invited to select and play music for the sound system, Nasty Rockers, in the early 80s, also MC’ing with other sound systems. However, deep down he was a lover of Soul as well as Reggae, which felt restricted with sound systems at the time, and this eventually lead to a meeting with Wayne Turner, an established presenter on LWR,
LWR 92.5
Wayne Turner introduced Paul to Zak, the owner of LWR and other members of the station.  Wayne invited him to present joint shows, during the graveyard shifts 3-6 am, which then led him to gaining his own independent graveyard shifts and the beginning of his career in radio.
This gained momentum, and Paul started to work on other time-slots, taking on further responsibilities on LWR, as well as representing LWR at gigs.
LWR Y2K
The 2000’s saw another rise yet again from the great LWR, and Paul was given the flagship radio prime time slot hosting Drivetime, Monday-Friday, 6-8pm, a show which under his alias P. Willi became very popular due to his entertaining personality complementing a fantastic selection of soulful r&b music. From which it’s suffice to lay claim that he was the first presenter in London’s black music scene to break the (now classic) songs from Jill Scott’s; Gimme and Angie Stone’s; I Wish I didn’t Miss You’ among many others on his show.
As a collective LWR rose with listenership figures which challenged and beat other national broadcasting stations, which in turn provoked ugly rumours designed to deliberately sabotage LWR and to rid them from the airwaves.
This sabotage unsurprisingly cut short LWR’s second tenure during the 00’s, (at a time that would have put the station on the map again as a game-changer). The absence of which left an empty space in the UK black music scene unfulfilled by a more commercialised sound rebranded urban music, championed by the other licensed London black music operators.
From there, after LWR‘s premature closure, and deciding not to pursue radio work elsewhere, he continued to play music as a DJ in West End night clubs, bars and local venues across London.
LWRRADIO.COM
Paul Williams under his current alias Paul LWR  is now back in the groove  with his Shooting From The Hip show, playing music from the 90’s, 00’s, Tru Soul, R&B and Neo Soul. Check him out every Saturday 4-6pm on LWR RELOAD  www.lwrradio.com  [LWR Archives]