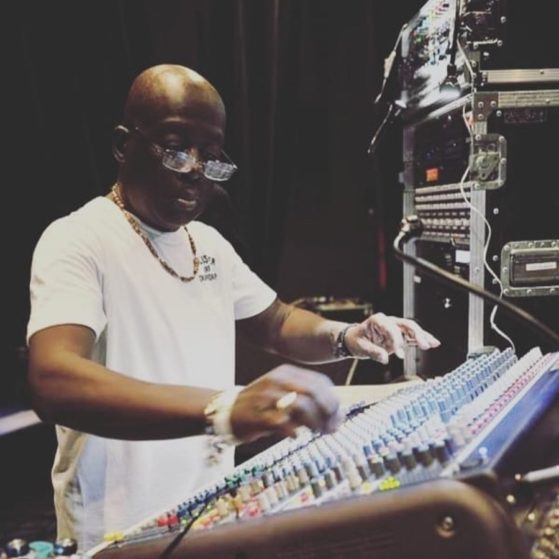 Fuzzy Dee, born in Edmonton, North London in 1959 has had a long involvement in the music business starting at age 13. In 1973, together with six of his friends, he built and ran Jah Scorpio, a sound system based in North London. Playing at parties, dances and special community events, they built up a considerable reputation in the community. They remained together for 12 years, by which time Fuzzy Dee had developed his skills in audio equipment design and construction. He became renowned for selecting appropriate records, from an enviable record collection.

In 1979, Fuzzy Dee progressed from the sound system scene to branch out into different areas of music. He helped form The Mission Band, a group with Tony Mahoney (Lead vocals) and Fuzzy Dee playing the keyboards and providing backing vocals. The band became very popular in the club circuit playing a predominately reggae based repertoire. They gigged throughout London, Sheffield, Birmingham, Bristol, Coventry & Liverpool. A lot of experience came from traveling around and entertaining in different parts of the country. The group remained together until 1984 when Fuzzy Dee decided to enhance his practical and technical knowledge with academic qualifications. He attended North London College in Camden Town where he obtained a Business City & Guilds Certificate in Radio/TV 224.

In 1981, whilst studying at college, Fuzzy Dee went into business with his brother to form a partnership known as Zak & Dee Productions. The company’s main activities centered on a weekly event at the Lyceum Ballroom in The Strand.

The objective was to provide an opportunity for talented youths in the community to perform for large audiences and be judged by a panel of Celebrities.

The Contest, an original model for The X Factor© and similar shows was a starting point for some of the leading pop stars of the 80’s and 90’s. Acts like Yazz (formerly a three member group called Biz), Street Jammers, which  included the former rap artist Richie Rich who became the first Black presenter on Sky Digital TV’s MTV male soul music.

The show was also a starting point for dance groups like Finesse (later to become better known as the Pop group,  The Pasadenas) and many more.

In 1981, Fuzzy Dee was involved as a stage manager with High Society, a promotional company who presented the first ever Jones Girls Tour, Night Over England. He and his brother Zak were then introduced to John Dawson, Mark Mason, & Johnny Hayward, who went on to become the founding members of the Radio Free station, LWR (London Weekend Radio) a.k.a (London Wide Radio). LWR broadcasted on weekdays on 92.5FM for nine and a half years.

Being one of the original founding members, Fuzzy Dee played the roles of Management, In-studio DJ, Audio engineer, Broadcast Engineer and Presenter from 1981-89

However, to many listeners Fuzzy is best remembered as one third of the LWR reggae squad also featuring Daddy Ernie and Zak

Fuzzy Dee can now be found on LWR Reggae platform 6pm – 8pm every Saturday and Sunday.