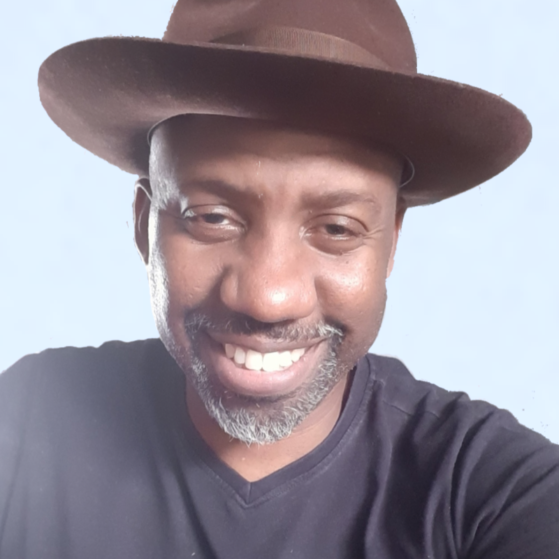 Clive Bailey is a DJ who loves, “all things soulful.”

He grew up in Manor Park, East London and actually played the piano for a time, then moved onto the trumpet and the cornet and was part of the Newham Academy of Music where the ear for sounds was developed.

Clive used to listen to his father playing his records and when his father went to work, would play them himself on his own little turntable his father had supplied him with. Clive also used to take a keen interest in the music at the family parties and the vibe that it created.

He would also listen to the stations that were playing Soul like Invicta, Caroline, Solar and LWR.  He learned how to dance half decent and would frequent The Ilford Palais, Room at The Top, Lords & The Lyceum, taking snippets from all the segments of the soul scene, never ever thinking that he could be a DJ.

Clive was introduced to the Soul sounds of the late ’70’s & ’80’s and acquired his first single which was ‘Looking Through the Window’ (The Jackson 5), alongside the likes of EWF, The Jackson 5, T-Connection, Hi-Tension, Baby-O, Chic, Narada Michael Walden, The Temptations, Diana Ross, Funkadelic, James Brown, Light of The World, GQ, Cheryl Lynn, Al Hudson & The Partners, Rufus & George Benson, Loose Ends. Level 42, Chaka Khan & Michael Jackson.  These artists were massive during that time and Clive couldn’t fail to be influenced.

After a considerable time away, an opportunity came up within his local community to help out when a DJ cancelled on his client with only 3 days’ notice. Clive stepped in, did the party very well and one of the party goers was suitably impressed enough to ask him to do further events.

Despite the time away, the love for the music and the live events have never died and with the renewed enthusiasm for playing again, it seemed it was something Clive could not walk away from.

Because of his rather eclectic musical tastes, Clive would not be afraid to play different genres at his event as his mindset was always, “The DJ is there to enhance the party and not be the party.” So, with this in mind, you could hear The Sounds of Blackness followed by Stevie Wonder, followed by Neil Sedaka.

Clive has played at All-dayer’s and even was lucky enough to do a stint at The Caister Soul Weekender in Great Yarmouth, even played a short set in in New York City back in 2002 with DJ Stormin’ Norman CEO of Sundae Sermon. Furthermore, Clive has played at a multitude of functions for family, client’s and friends in London and the surrounding South East area.

The music is always played with passion and a smile is never far behind as music is there to be loved and enjoyed. It can heal, it can bring pain, but it can bring so much joy. Clive has a mission, which is to play you a song from an artist you know, a song you don’t and then you start your own musical journey. It’s so much fun!

You can now hear Clive on LWR Radio, the Classic platform each Monday 8-10pm GMT where he will be playing Soul and Jazz Funk Classics and the journey continues…