Electrofunkroots host – Greg Wilson back in 2004 talked to his friend  Cleveland Anderson about his  involvement with and experience of the emerging black music scene in the UK during the 70’s to early 80’s. The full article can be found here at:  electrofunkroots.co.uk

Cleveland Anderson is someone I met in the early ’80s on the All-Dayer scene in the North. What made this unusual was that Cleveland was a London DJ, and, at this time, Southern DJs rarely played up North (and vice-versa), whereas Cleveland became a regular part of the line-up at events in cities including Manchester, Birmingham, Sheffield, Leeds, Nottingham etc – this gave him a unique perspective on the early ’80s period, with a foot in both camps, so to speak. He also talks extensively about the London scene of the ’70s, and legendary clubs like Crackers and Global Village, dropping some serious knowledge with regards to Britain’s dance heritage.

GW: Whilst Northern Soul and the Rave era is well documented, in between there’s a big chunk of British club history that remains largely obscured, but which an increasing amount of people are now intrigued by. What’s particularly interesting from your perspective is that you were regularly heading from London to DJ at the All-Dayers in the North and Midlands during the early – mid ’80s, so you had a unique overview of what was happening back then, both on the scene up North, as well as in London – a foot in both camps. Where did you come from?

CA: I was from London.

GW: Oh yeah, I know Acton very well, are you still around there?

GW: I remember at one point coming down with you on the coach, I was in London over the weekend and I think I jumped on your coach and hitched a lift down there. So now I remember where you were. I lived around Wembley for ages myself.

CA: You kind of know where it is.

GW: Yeah, I’ve got a very good mate who lives there, and I stay with him from time to time. So, what were you doing at that particular point in time? How did you get your own start?

CA: Well you will have done the same schooling as myself. Back then you’d be the guy who did the school Xmas party, and the community centre party, you know, the Cubs and Scouts parties, because you had the records… “Let Cleveland do the party” you know what I mean.

GW: Did you have your own mobile?

CA: Yeah, I had my own mobile disco called, damn! Ohio Express.

CA: Yeah, you know. So, the strobe lights and the all-in-one console, a couple of speakers and you was well on the way. As you know, back then it was majority 7 inches, and then you had the super 12s came out and you got excited when they came out! So that’s how I started out, doing a lot of school discos, Scout discos and various things like that, before I broke onto the club circuit. At first I was like, warm up DJ. I was warm up DJ for George Power. 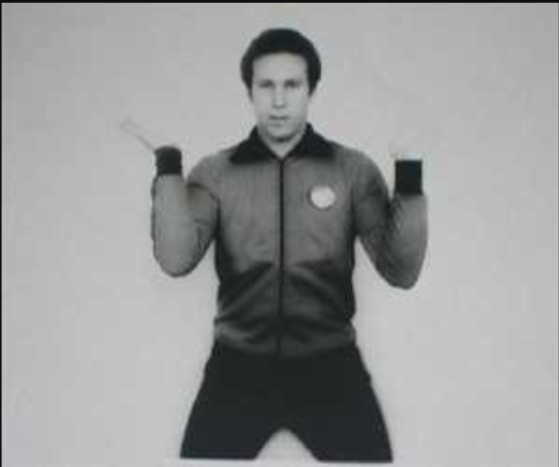 GW: Right, George Power is one of those names that, again, it’s a bit of a shrouded one but he pops up in a lot of areas and seems a very significant DJ from that period, obviously overshadowed by the whole Soul Mafia thing. I know Steve, or I knew Steve fairly well. He was one of the few people who had the muscle to stand against those guys really, on his own terms. I remember he had some big events going in London. Tim Westwood was warm up for Steve Walsh for some time.

CA: Yeah he was as well. For me the George Power thing, that was really the side I was brought up and groomed on. There were two sides to the Soul scene in London. There was the South; the black side. Then if you like there was the Chris Hill – Goldmine and Lacy Lady, the Caister side of Soul. There was a difference in the music, it was all Soul, but there was a difference.

Then you would go down to, say, Crackers, and the clubs at the time like Crackers, Global Village, Beagles and Bungles, those were the real underground places which were happening at the time, and you would hear some real deep down funky Jazz-Funk stuff.

GW: Was this more the black side of things?

CA: The black side was more, say if you went to Global Village, Crackers, Bungles or Beagles, the crowd was definitely a mixture of black and gay.

CA: It was very much black and gay at the time.

GW: I never knew that at all.

GW: That’s bizarre because that’s another part of the history that I’ve never even heard, because now you are touching on what was happening in New York where you had a mix between all sorts of different audiences that were gay, straight, black and white, and there isn’t really a precedent in this country for that, but what you are talking about, this is the closest thing that I’ve heard to it.

CA: Yes, it was very much that because, I mean, occasionally, occasionally right, of course I knew people like Chris Hill and occasionally I’d get called to play x amount of gigs and I would go down to their clubs, and it was by and large a complete different vibe. Totally different vibe! The Soul music tended to be… it had definitely a more commercial edge to it. But it wasn’t the kind of Soul that you would hear in the overground clubs, it was still underground. But it was more commercial underground, whereby Crackers, Bungles, Beagles, Global was real deep underground! Where you had, say you went to places like Goldmine, y’ know, there were people who appreciated Soul music, but like I say, it was more at the commercial end of underground Soul music. So therefore what you would have is that the majority of people that would go there, there was a lot of head nodding going on. Maybe a little bit of dancing going on, but the crowd tended to be predominantly white, and they were very much into themselves. as in, well, you either had to be straight, or you had to be white.

Whereby if you went to Crackers or Global, all those kind of clubs, it didn’t matter what you were because everybody was there for the music. If there was more colour in the blacker clubs there was a lot more colour going on, not just in colour – tone of skin, but whatever sexuality you were, whatever preference, it didn’t matter how you dressed, there was some outlandish dressing going on.

CA: So freaky! Back in them days it was really freaky! So if you go back to the Caister, they were more, it was predominantly white and it was kind of laddish, it had a rowdyness about it. And that was really, if you like the London scene, what happened from that point onwards was that, yeah, your Caister, which was obviously a Mafia… They took off and really that was instrumental through Robbie Vincent because Robbie Vincent had a show every Saturday, and what he used to in those days was, we didn’t have pirates, the nearest thing we had in London was Invicta.

Yes it was, yeah. So at the time London had only two commercial, let’s say black dance programmes. One was Greg Edwards on a Saturday night, which I used to listen to religiously, and then there was Robbie Vincent, which I still listened to it, but I was really a Greg boy, I listened to Greg Edwards. In those days Robbie Vincent used to invite Sean French, Chris Brown, Froggy and all that lot, and they started building this Mafia thing whereby if you like, the Crackers thing with George Power, it didn’t have the radio exposure, it was always underground, somebody had to tell you about Crackers.