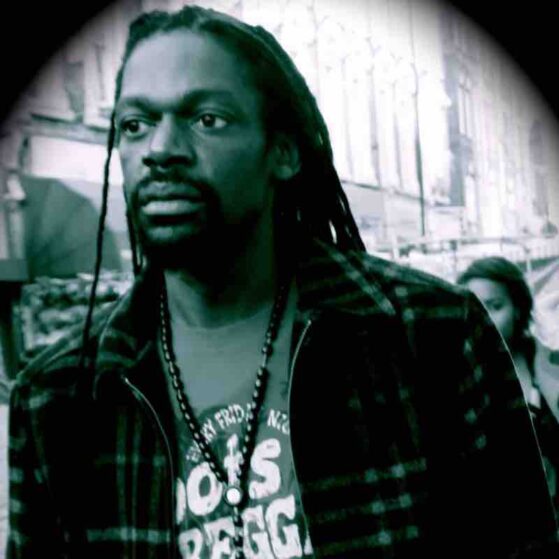 The basement of our four-story house was transformed every Friday through Sunday night into a Shubin (house party) where great sound systems like Sir Coxsone, Duke Reid, and Soprano B amongst others would entertain the crowd till the early morning.

His father and his four brothers were all students of Alpha Boys School in Kingston, Jamaica. Many of the greatest Jamaican singers and musicians went to Alpha, including some of his notable classmates Don Drummond, Rico, Roland Alphonso (formally of The Skatalites), and Tommy McCook & many many more.

Barry was exposed to the music industry at an early age, Uncle Jim owned the 7-11 GO GO nightspot on Kennington Lane Vauxhall in London in 1965. Many artists performed and were exposed there including Prince Buster, Millie Small (My Boy Lollypop) and Carl Douglas (Kung Fu Fighting) to name a few. At this time, the club’s backing band was The Rudies (Rudies in Love). South London’s 1st Black-owned club!

In 1974 Barry’s parents bought an off-license called Emma P’s at 118 Railton Rd, Brixton ‘The Frontline’, where many of the big sound system owners would obtain their drinks for the weekend schedule.

Growing up amongst this business accruement inspired a young Barry to source new tracks and cut dubplates while also being an original member of Front Line International Sound System with top selector Natty, paving the way in breaking new music seven nights a week from deep roots, rub-a-dub to blues dance style. Not to mention he also lived across the road [in Sydenham] from Jah Shaka & was around them regularly at one point! With one thing leading to another and BK’s increasing love of music, this led him to work around many eclectic and diverse sectors in the industry.

In the early Nineties, Barry’s professional skills were showcased in retail working for the world-renowned Black Market Records shop in Soho London W1. As a retailer, Barry sold Soul, Funk, Jazz, House, Afro, Latin, Hip-Hop, Reggae, and RnB to the underground influencers and profiled DJs from around the globe. Using this outlet, he quickly became known for supplying the best music for radio shows and club DJs.
He joined Wyld Pytch Records Store & Hype Promotions company in 1997, taking a role in promoting urban music and dance acts for major and independent labels and delivering projects directly into the hands of the UK’s top DJs and club promoters.
From 1998-2011, Barry had a twelve-year legal residency on leading soul and funk internet and Sky digital music station of the times Solar Radio, breaking up and coming top quality artists like Ledisi, Raheem DaVaughn, Jazzmine Sullivan, Dwele, and Goapele, etc. These major and independent artists from the USA, Canada, UK, were exposed, played, and interviewed in the early stages of their careers on Mr King’s pioneering radio shows. BK also secured further radio stints at Kiss FM 100 on Fat Freddie M & EZ shows, Starpoint Radio (from 2010-2012), and Colourful Radio (from 2012-2014). In addition, Barry was asked to write the article, “Dubwise,” and personally chose twelve tracks for a review chart in Echoes Magazine, formally known as Black Echoes. Traveling from London to Jamaica and the USA, Barry imported and sold unreleased and fresh promo music to various distributors and records shops, as well as working on a compilation called ‘The Review’ with Raphael Saddiq’s cousin T Hat and Omar Khalif.
Barry prowess has graced many venues in the UK like the Jazz Cafe, Cargo as well as other residencies for various USA and UK acts including, Marc Mac (4Hero), Raheem DeVaughn, Peven Everett, Jazzmine Sullivan, Erik Rico, Eska, and MC Ty whom BK DJ’d for while he was touring Europe and booked his 1st show in the USA!
Barry also had a DJ residency for open mic sessions hosted by the Escoffery sisters’ club night called Kindred Spirit (2002-2009) and for Natalie Williams’s Soul Family night. Barry is regularly invited to travel to the USA to play for high profile and corporate events including the ‘Master Of The Mix’ finale party sponsored by Smirnoff (Washington DC) Barry’s experience also includes DJ-ing for the unique and evolving band Foreign Exchange at The Assembly Hall (Brooklyn/New York) at ABB Records’ promotional party at the Winter Music Conference (Miami, FL). Ashford & Simpson’s ‘Sugar Bar’ was my 1st fortnightly event in NYC alongside Lady Alma, Taihisha, Yazarah Daru, and Jazzmine Sullivan who showcased their talents on various nights. With valuable life-long experience, multiple skills, and universal networking, he is fully qualified to assist with many projects in the entertainment industry and is dedicated to helping develop successful ventures.
You will now be able to find Barry on LWR Radio every Wednesday on the House platform 10pm-12am and every Friday on the Reggae platform 10pm-12am.

Check out Barry King on  www.lwrradio.com