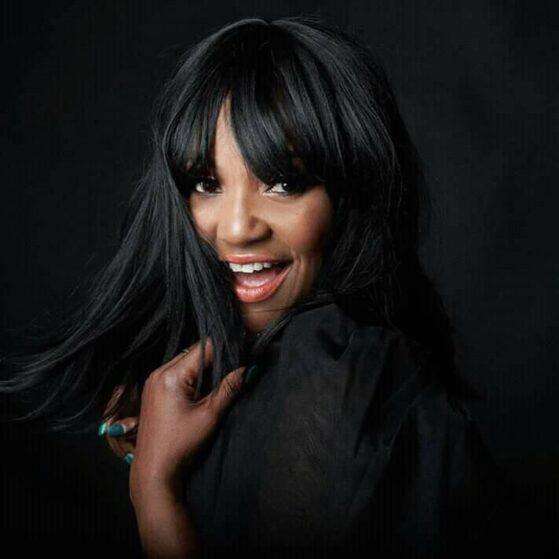 Hi my name is Angie Brown and I am a singer…  Most people remember me from working with 3 DJ’s /producers from Stafford called ‘Bizarre Inc’.  With their flair for production, and my powerhouse vocals, together we had a massive hit globally with a track called ‘I’m Gonna Get You’.

‘I’m Gonna Get You’ is revered as a ‘floor-filler’ dance classic, and stayed in the national charts for over 10 weeks.  This track continues to take me all over the world, which goes down really well with hosts, promoters and clients who want to recreate the legacy and euphoria of the 90’s ‘hands-in-the-air’ anthems. Which is perfect at various venues, nightclubs, cruise liners, holiday parks, festivals, and 90’s revisited nights, all over the UK.

I have been blessed enough, to have a full-time career within the music industry, and I have performed either as a featured or backing vocalist, on several dance and pop/rock tracks. I have toured and worked with various named acts, artists and bands, such as Fat Boy Slim, Rolling Stones, Chaka Khan, Boy George, and Culture Club, Tony Hadley, The Happy Monday’s, Lisa Stansfield, Desmond Decker, Shola Ama, only Hadley, Heaven 17, Gabrielle, Neneh Cherry, Rozalla, Roland Gift, Sonique, Kenny Thomas, Grace Jones, Jamelia, Heather Small, Alexandra O’Neil, Courtney Pine, and Mark Morrison’s (Return Of The Mac) The Stereophonics, (You’ve Got To Go There To Come Back album) to name a few!

Besides performing live, I have also made several personal appearances on TV shows including ‘Good Morning’, ‘GMTV’, ‘The Lottery’, ‘Top of the Pops’, ‘Never mind the Buzzcocks’(in the guess who’s who line up,) and The Voice. I have also talked for England, on numerous radio interviews, and sung live for performances all over Europe, USA, Dubai, Russia and China.  I have even sung at The King of Morocco’s birthday party, and celebrity weddings!